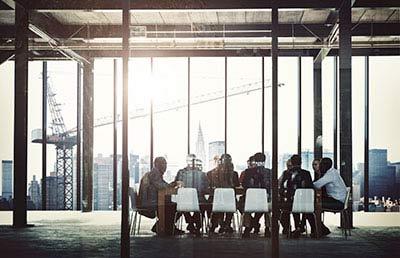 In a previous post, we discussed how FASB is finalizing a change in ASC 842: Lease Accounting. As it stands, the change is set to impact every business that adopts GAAP to settle their books. FASB had been releasing updates every now and then to ensure that the new changes are well understood and implemented by the effective date.

Although the implementation was due in 2019, due to some changes being considered by the FASB, this effective data has been delayed. On September 18, 2020, FASB came up with several updates to the standard and expressed them in two (virtual) roundtables, notes of which were also shared publicly.

The updates were in regard to the challenges faced by organizations across the globe implementing ASC 842. FASB board members, industry group members, accounts preparers, users and others were present at the roundtable.

One of the first topics to be discussed was the rate implicit by lessees in a lease.

The principal amount of a lease is mentioned in contracts and in the books, but the interest rate itself isn’t explicitly mentioned anywhere. Instead, the lessee can determine the rate implicit with the help of present value factors, as required by ASC 842-20-30-3.

This value needs to be mentioned if “readily determinable,” but if there are no present value factors available that can help determine the rate, lessees will have to mention the IBR (incremental borrowing rate).

And therein lies the issue. The phrase “readily determinable” has become a major hurdle when it comes to the limitations on lessor-specific assumptions. These assumptions will usually be considered as factors that come in the way of allowing lessees to be able to determine the rate easily. Lessees usually don’t know every aspect of the agreement like lessors do.

For example, a bank leasing equipment to a company would have a much clearer picture of the agreement compared to the company.

According to research conducted by FASB members, there were three potential alternatives to this:

Right now, lessees almost always use IBR in place of rate implicit unless the lessor specifically lets the lessee know the rate. Because of this, FASB made the following observations respectively.

Although the third alternative offered uniformity, stakeholders agreed that the lessee application of rate implicit in the lease didn’t need any change. Account preparers and users mostly agreed that they didn’t struggle when it came to applying the phrase “readily determinable” in their books.

Some did argue, however, that since there was no struggle with regards to ACS 842, it didn’t mean that there is no concern about the use of rate implicit. Some agreed that alternative C would be best-suited for future lessee accounting and therefore, consistency.

While this ASC 842 topic didn’t see any change, the FASB also considered other topics, such as Embedded Leases, Lessee Application of Incremental Borrowing Rate and Lease Modifications. You can learn more about these topics in upcoming entries on our blog page, or if you’d like to get straight to its implementation, we recommend you try out iLeasePro, a fully automated lease accounting solution.

Get in touch with us today to schedule a free demo!